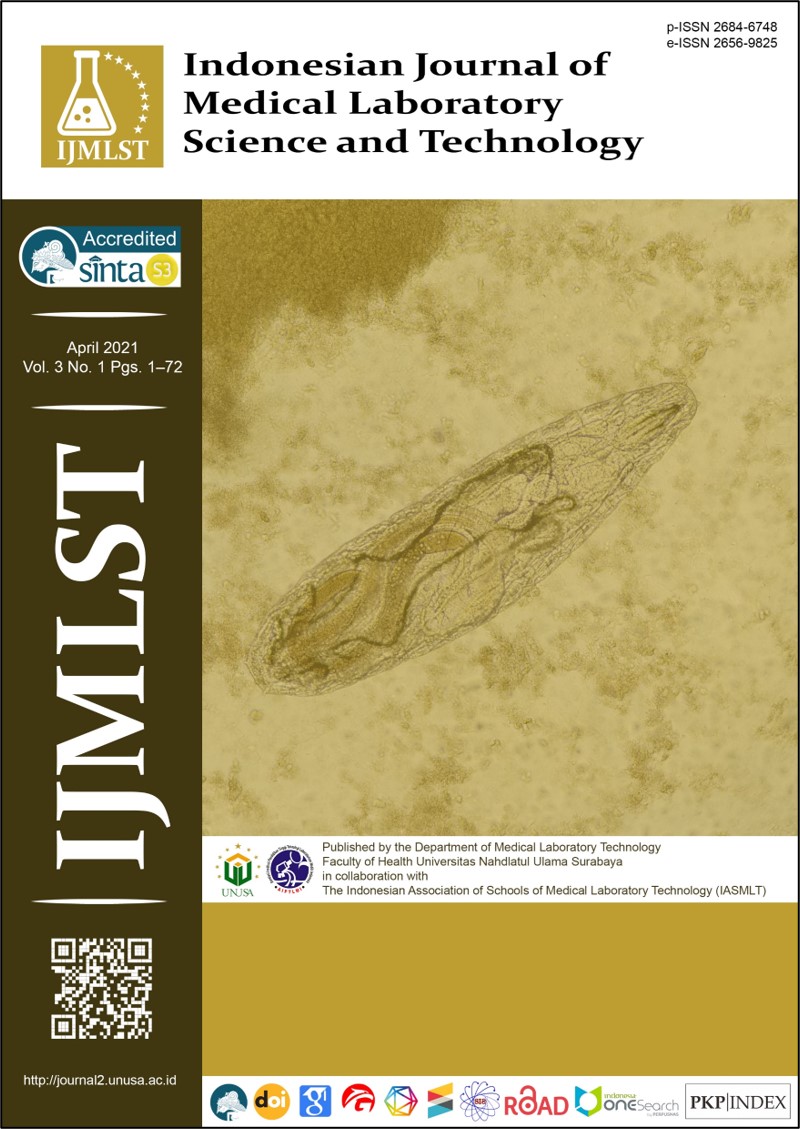 Brazilein is one of the secondary sappan wood metabolites which can be used empirically as an antivirus. The SARS-CoV-2 spike (S) glycoproteins play significant roles in attaching and entering the virus into the host cell. This study aims to predict the antiviral activity and pharmacokinetic properties of brazilein of the sappan wood against the in-silico SARS-CoV-2 S glycoproteins with vitamin C as the reference compound. Molegro Virtual Docker 5.5 was used to predict antiviral activity by docking process. SARS-CoV-2 S glycoprotein with NAG ligand available in Protein Data Bank (PDB) (PDB ID: 7C01) was the receptor used. The pkCSM online tool was used to predict the pharmacokinetic properties and toxicity of brazilein. Data were analyzed on the target receptors by comparing the docking bond energies between NAG, brazilein, and vitamin C. The smaller the ligands’ bond energy to the target receptor, the more stable the bonds are. The bond energy of NAG, brazilein, and vitamin C was -59.2864 kcal/mol, -65.8911 kcal/mol, and -53.9093 kcal/mol, respectively. These results suggested that brazilein has a greater capacity as an antivirus compared to NAG and vitamin C. In silico test using the pkCSM online tool demonstrated that brazilein had strong pharmacokinetic properties and relatively low toxicity.

Make a Submission
Keywords
MOST DOWNLOADED