Medical Technology and Public Health Journal (MTPHJ) is for publication high impact articles under Indonesia Public Health Association (IPHA). This aims to be a media of research results dissemination and exchange of scientific work of various groups, academics, practitioners, and government agencies. MTPHJ has two issues per year (March and September). Papers submitted must be of scientific excellence as well as provide a significant impact on the development in all fields of medical technology, nutrition, public health, and occupational health and safety. Peer-reviewed with double-blind methods is using in reviewing process. 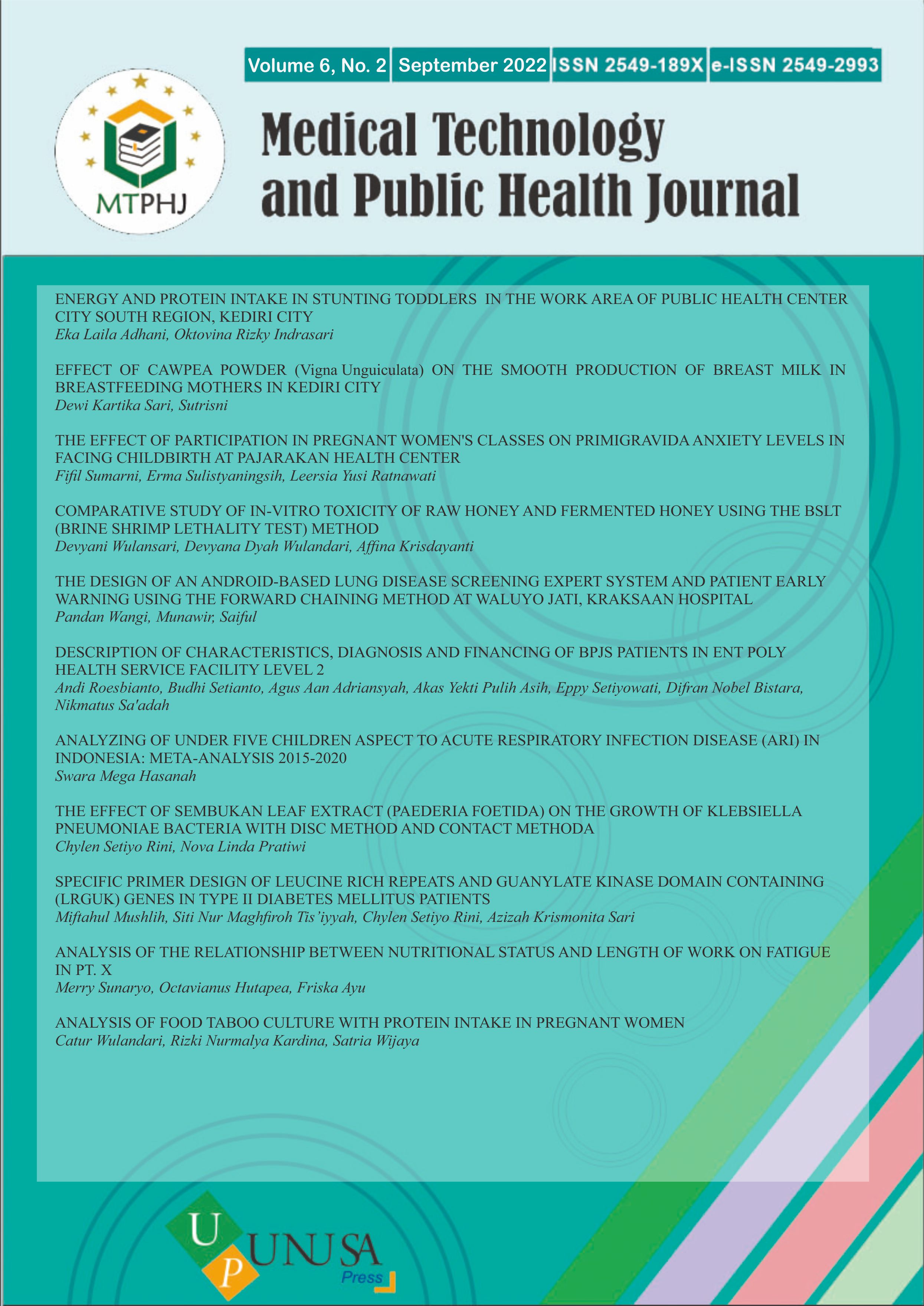 Download data is not yet available.
Vol. 6 No. 2 (2022): Medical Technology and Public Health Journal September 2022